About SecuritySystems.Net service: The reviews and information expressed on this site are the opinion of securitysystems.net and are subject to change. To keep this valuable service free, we generate advertising revenue from some of the companies listed on this website.

Identity security is a fundamental part of a home security strategy. 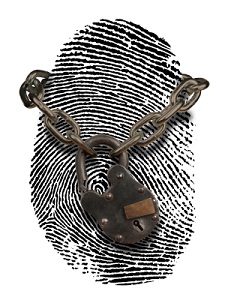 The average cost of identity theft exceeds $2000 not including longer term issues with credit, and incredible time and stress of the victims.

Using a home security system is useless without also protecting your identity. The most damaging theft goes unseen and involves stealing or “borrowing” your identity, putting both your home, your reputation, and your financial future at risk.

According to the BJS, in 2010, the last year statistics are available, 8.6 million households were the victims of identity theft, causing $13.3 billion in direct financial losses. The average loss was $2,200.

Some signs you may be the victim of identity theft include bills, insurance forms and tax forms not arriving on time or at all. Other signs include fraudulent transactions on your bank or credit- card statement and leaders calling about loans you never applied for.

Identity theft isn’t just an invasion of privacy, it can cause serious damage to your credit score and finances. They may also ruin your reputation by filing for bankruptcy in your name after they have incurred large debt.

Why do thieves steal others identity?

How to thieves obtain your identity? There are many ways. These are a few examples.

So what can be done to protect you and your family from identity theft?

These are a handful of great resources for learning more about identity theft and how to prevent it.